ACUPUNCTURE: WHAT IS IT?

Acupuncture is an ancient form of healing within the family of Oriental Medicine. It involves the use of small, disposable needles to stimulate points on the body that are called channels or meridians. Each meridian is named for an organ and is considered to go out from that organ to the upper or lower extremeties or to follow an opposite path - from the hands or feet to the named organ. There are twelve merdians. Six of them start or end on the hands, six on the feet. All go to the head. The twelve meridians are paried in yin/yang couples that can be used to treat certain areas or conditions, "yin" and "yang" being composites of opposite qualites.

Acupuncture in Woodbridge is considered a safe treatment. In the US it is regulated by the states and by professional organizations. Clean needle technique is mandated. Each needle is used only once and then discarded as medical waste. The needles come individually or in groups of 10 in sterile packaging and are opened immediately before insertion. Acupuncturists wash and sanitize their hands between patients.

Serious side effects from acupuncture are rare, though bruising, bleeding, organ puncture, nerve damage, and spontaneous abortion are possible consequences of which the patient must be informed.

Insertion of needles at appropriate points is considered to move energy and blood. Harmonizing the body and correcting imbalances. Diagnosis and point selection are made according to the tenets and principles of Traditional Chinese Medicine (TCM), including assessment of tongue, pulse, answers to specific questions, and observation.

Insertion and extraction of needles is usually painless, sometimes not felt at all. In treatment, the patient is the boss as it it his or her body. The acupuncturist honors that and will not persist in doing anything that he or she realizes is not okay with the patient. It is especially important that the patient communicate freely with the acupuncturist during the treatment process.

If you are interested in acupuncture or have any further questions, please contact our chiropractic team at Woodbridge Chiropractic Spine & Injury Center in Woodbridge today to schedule a consultation. 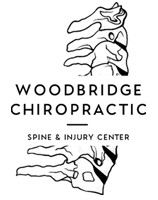